I have read, and heard about, Jonah's story numerous times, but one day as I read it again, it grabbed me a certain way - a different way.

GOD gives Jonah a directive.  Jonah blatantly and categorically disobeys it, and he boards a ship headed in the opposite direction to where GOD is asking him to go.  (Ha! Puny mankind and our continuous attempts to defy an Almighty GOD). 😏

GOD catches up to Jonah.  It is not as if HE has far to go - HE is Omnipresent after all.  Because of Jonah, GOD sends a powerful wind on the sea, and a terrible storm arises and begins to buffet the ship.  The sailors pray to their gods, gods who have no ears to hear, nor power to help.  Meanwhile, Jonah is found sleeping - the very nerve of him. 😑

The sailors finally cast lots to find out who is responsible for their woes, and Jonah draws the short stick.  Yep, it always catches up to us.  The sailors are terrified.  They remember that he said that he was running from his GOD.  Jonah tells them to throw him into the sea to save themselves.  (Now I don't think that the sailors are given enough credit when this story is told.  They could have beaten up Jonah for involving them in his mess, and then thrown him overboard, but they did not).  They try, instead, to row harder to get to dry land, to outrun the storm  - the GOD-engineered storm.  Um hmm, puny men at it again.

When they realize their efforts are futile, they call on GOD and ask HIM to show mercy on them, even though they are guilty of aiding and abetting a fugitive, and also for what they are about to do to said fugitive.  Then they throw Jonah overboard, and the storm calms down. 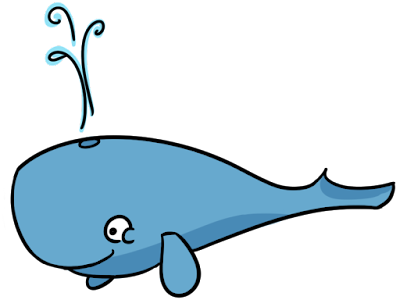 The Bible says, that GOD had prepared a huge fish (a whale?) to swallow Jonah, and he stayed in the belly of the fish for three days and three nights.  Each time I had heard this part of the story previously, I was disgusted by the very thought of being in anything's stomach - eewww.  However, on this day, GOD opened my eyes to see things a little differently:

If GOD had not prepared the huge fish to swallow Jonah, what would have happened to him?  More than likely, he would have drowned, that's what, OR he would have been attacked by some of the more unfriendly inhabitants of the sea.  Sharknado anyone? 😳

Yet GOD in HIS mercy - HIS mercy that has kept us from complete destruction - HIS mercy that is new every morning (Lam. 3:22, 23 NLT, KJV) - prepared a resting place, a safe resting place, for HIS hard-headed, disobedient son; a place where he, Jonah, could think about what he had done - a divine time-out, so to speak 😊; and when Jonah saw the error of his ways, repented, and asked for forgiveness, GOD commanded the fish to throw him up onto dry land.

This sure makes me want to shout HALLELUJAH!  Because it reveals a FATHER who loves us so much that HE will not let us get away with our sin, our disobedience; and yet, HE loves us so very much that even in the midst of HIS discipline, HE provides us safety, and covers us with HIS love and mercy.  Oh HALLELUJAH!  🙌🙌🙌

In John 3:16 (NIV, biblegateway.com) we have the all time promise,

"For God so loved the world that HE gave HIS one and only Son, that whoever believes in HIM shall not perish but have eternal life."

Never forget, HE reeeaally loves you, and HE's got Your back! :)