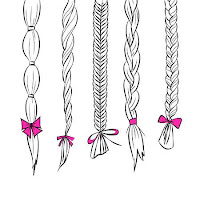 I had to buy hair braid extensions.  There was a particular store I had in mind, because they have a wide variety.  I thought the store closed at 9 p.m., so I came home from work, and took care of some stuff.  When I got ready to go, and I brought up their information on my phone, I realized that they actually closed at 8 p.m., which left me only a little time to get there.  I was bummed and panicked, because I absolutely needed those extensions that evening for a very early morning appointment, the following day.

I decided to go to a second store, which did not have as much variety, or so I thought.  My only prayer was that GOD would help me find something that would work.  As I stood in the second store, I saw that they had more options than I had initially thought.  Also, GOD reminded me that the second store had a more favorable return policy than my first choice 😊.  While in the first store, you cannot return any products, even if you do not use them, the second store will allow a return so long as you meet certain stipulations (such as having your receipt - all over that one 😉).

Now I know this probably ranks on the very lowest level of the significance scale.  However, the experience reminded me that GOD truly cares about me, and that even in the so-called insignificant areas of my life, HE still works for my good.  That just brings comfort to my heart.

So whether significant or not, whether big or small, be assured that HE is interested in all that concerns you, and HE's got your back 😊.